The Grandest Grand March at this Kansas Wedding!

Hello, hello! This gorgeous wedding took place out in Ellinwood, Kansas.  The day was a blast, the family was a ton of fun, and everything was wonderful!  The wedding color was a burgundy color complimented with red roses.  The day began at the Bride's home where a stylist did their makeup and hair.  The groomsmen were doing whatever groomsmen do in another location, where my second photographer spent part of the morning.  The couple chose to do a First Look prior to the ceremony so we had time to complete the formals and bridal party photos before mass.  There were four parent groups for this bride & groom so they had plenty of help throughout the day! Due to this, the family formals required a lot of logistics as people tended to go missing when it was their turn for photos.  =)  However, we had a shot list and everyone was eventually found, so we managed to get all of the photos requested in a reasonable amount of time and no one was harmed during the process!

The wedding ceremony took place at a Catholic church in Ellinwood complete with a bubble exit, and followed by a reception at a nearby hall that was decked out with decorations, twinkle lights, and lots and lots of guests! This was also my first experience with a "Grand March", which was soooo much fun! One of the couples attending the reception began the grand march by leading all of the guests, hand in hand, in a giant snake pattern in and around the hall until everyone was connected.  Once everyone was a part of the line, they began making a tunnel with their partner.  The guests following had to go under the tunnel made by the previous couples (STILL hand in hand!) until the room was filled with a giant tunnel for the Bride and groom to go through.  But wait..there's more! After the giant tunnel everyone joins hands again to begin making a giant spiral around the Bride & Groom, who stayed in the center of the spiral and would then go into their first dance.  As the photographer I was not able to get the full experience of this grand march, but I took my turn going through the tunnel and took a lot of fun pictures along the way!  My second photographer ended up trapped in the middle of the spiral with the Bride & Groom.  This was convenient to take some close up shots, but it turns out she is claustrophobic and didn't enjoy it as much as one might have thought, LOL.  I got to enjoy the view from the outside of the circle, including almost getting knocked off a chair by the moving spiral!  But again..no one was harmed, including our cameras, so it was a success! The reception also included the shoe game, which is always fun, a garter toss, where the garter was wrapped around a football autographed by the Bride & Groom, bouquet toss, and two of the most touching parent dances I have ever watched.

The wedding cake was absolutely gorgeous with the dark red roses and textured icing.  It was complimented by a couple of smaller cakes on either side that rested beautifully on a tree-trunk-type base.  The table also adorned an "ugly bell", as one of the Mom's nicely put it, that must have been a family tradition or just an inside joke.  So naturally, I made sure to get at least two photos included that particular momento..who wants to forget the ugly bell? Certainly not me!

Images included on blog are a lower quality than what the client actually receives. 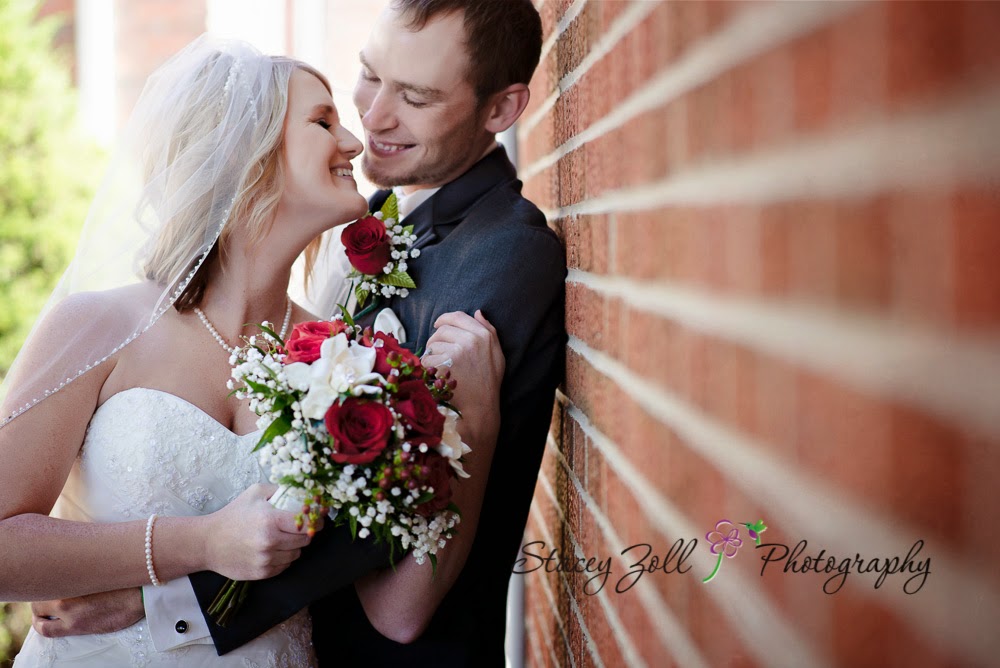 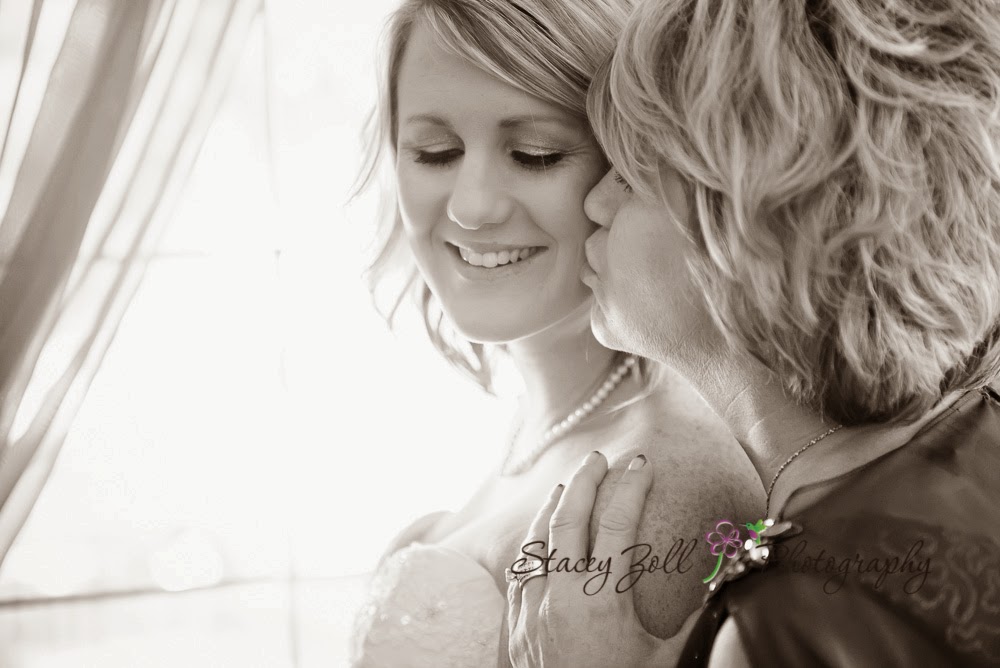 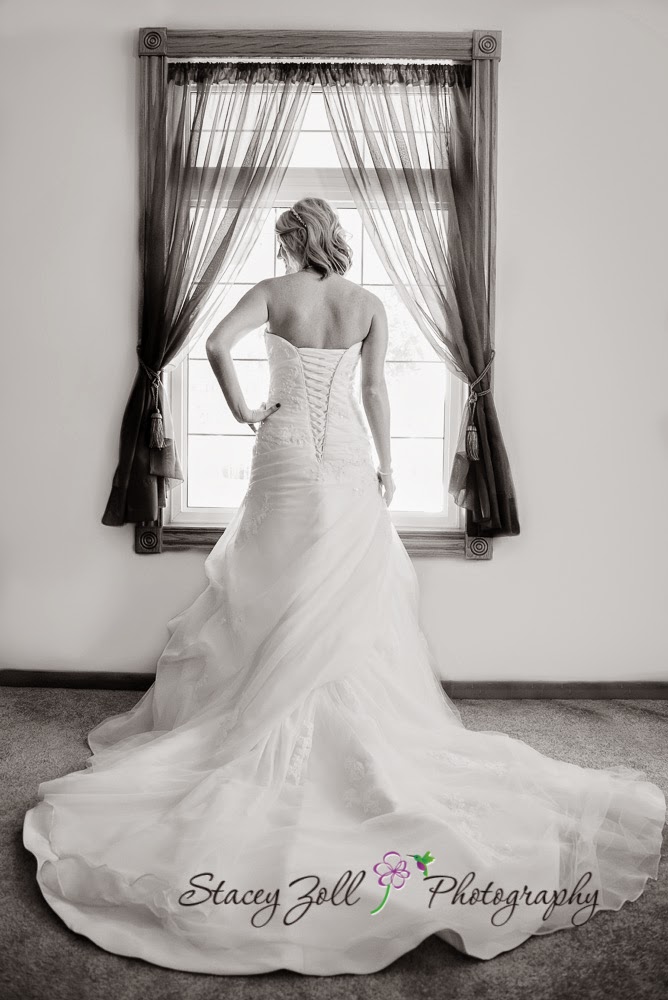 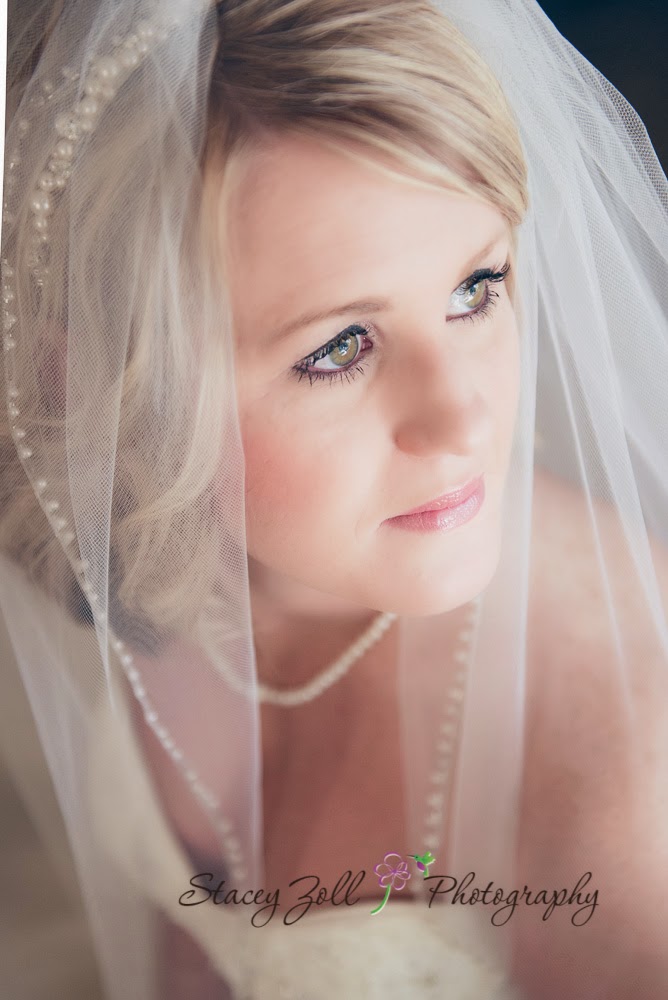 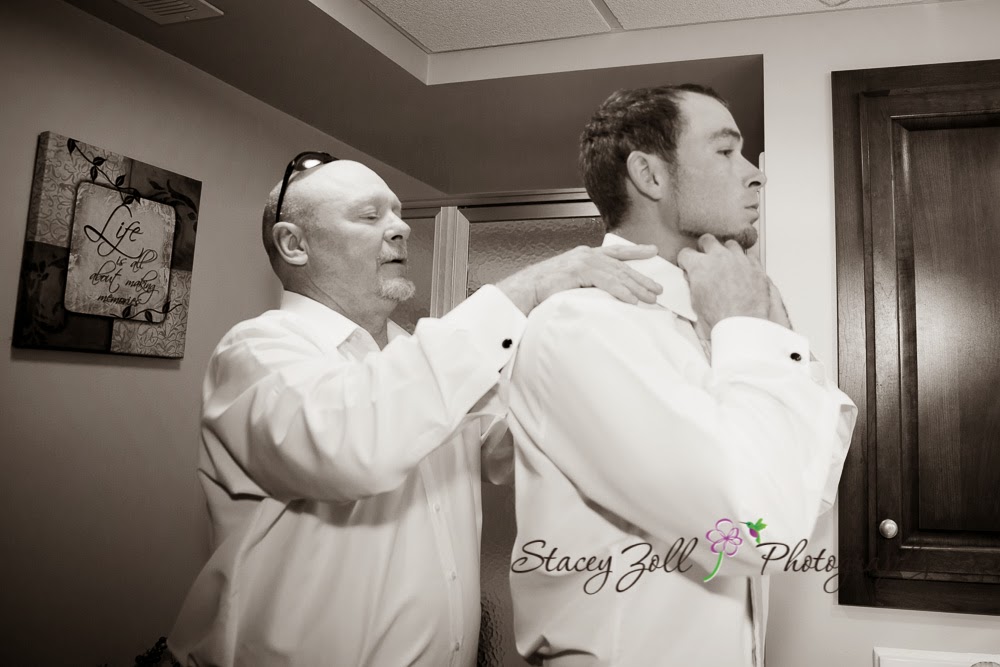 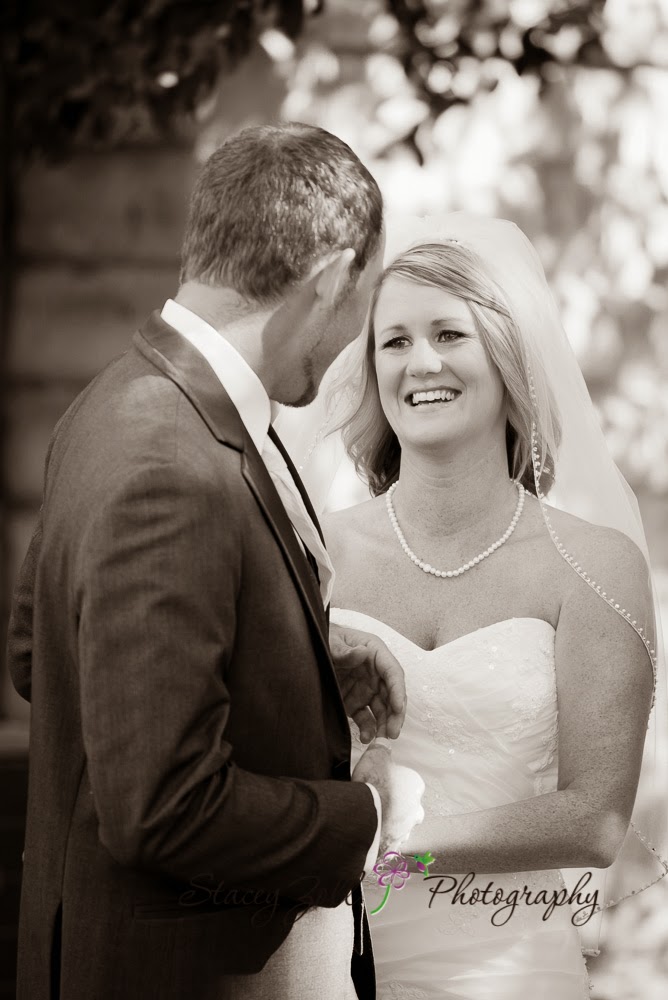 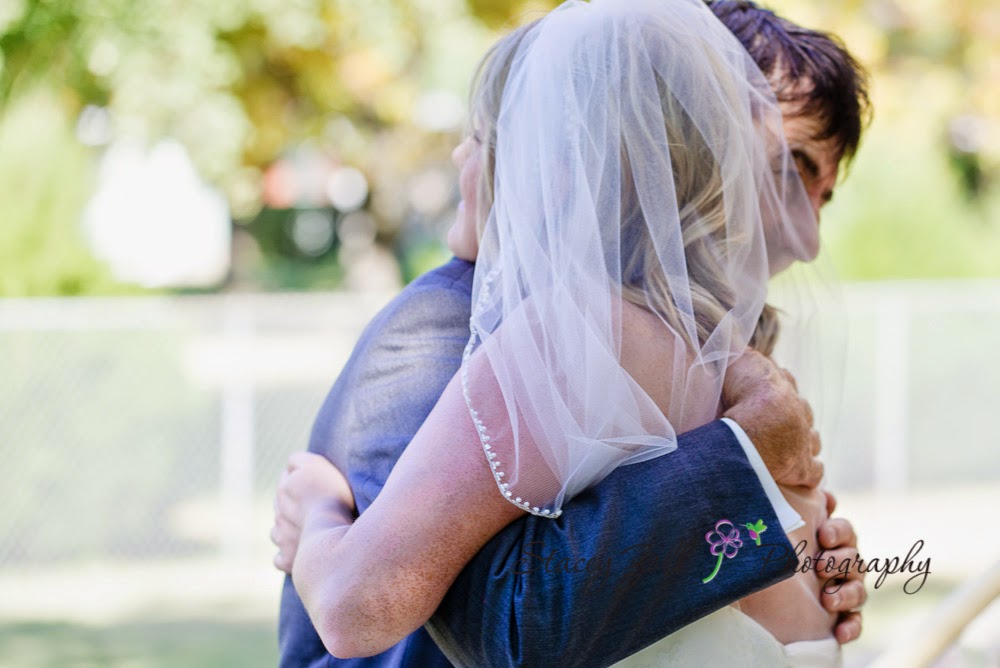 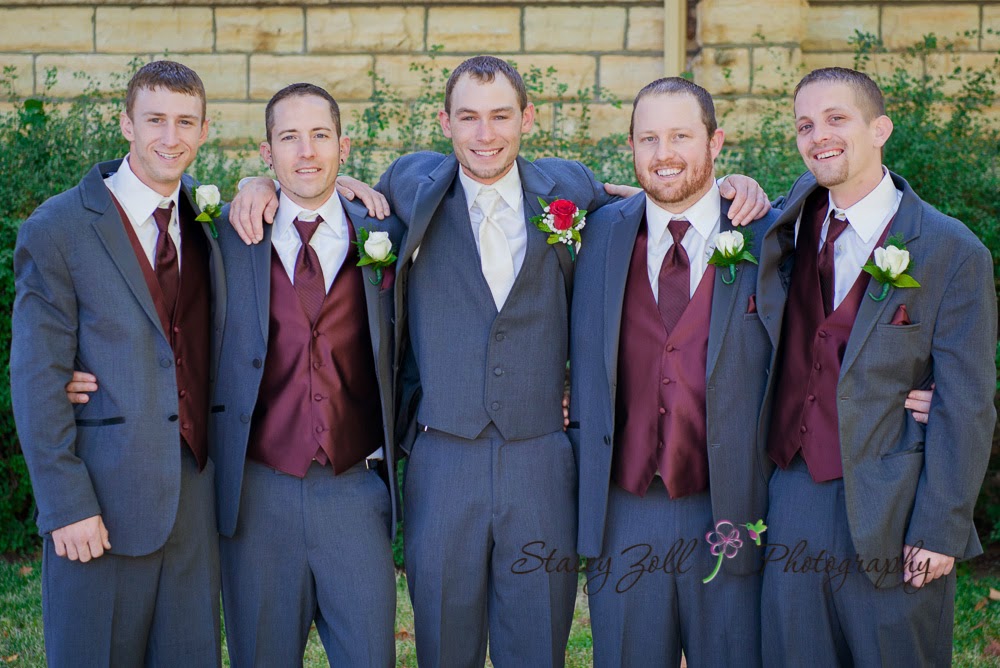 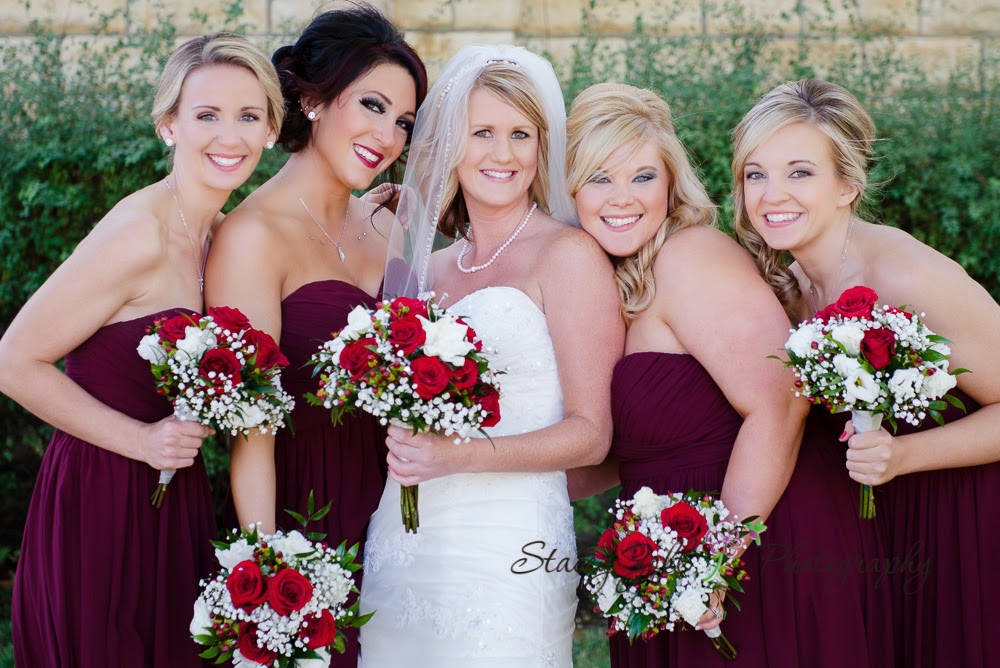 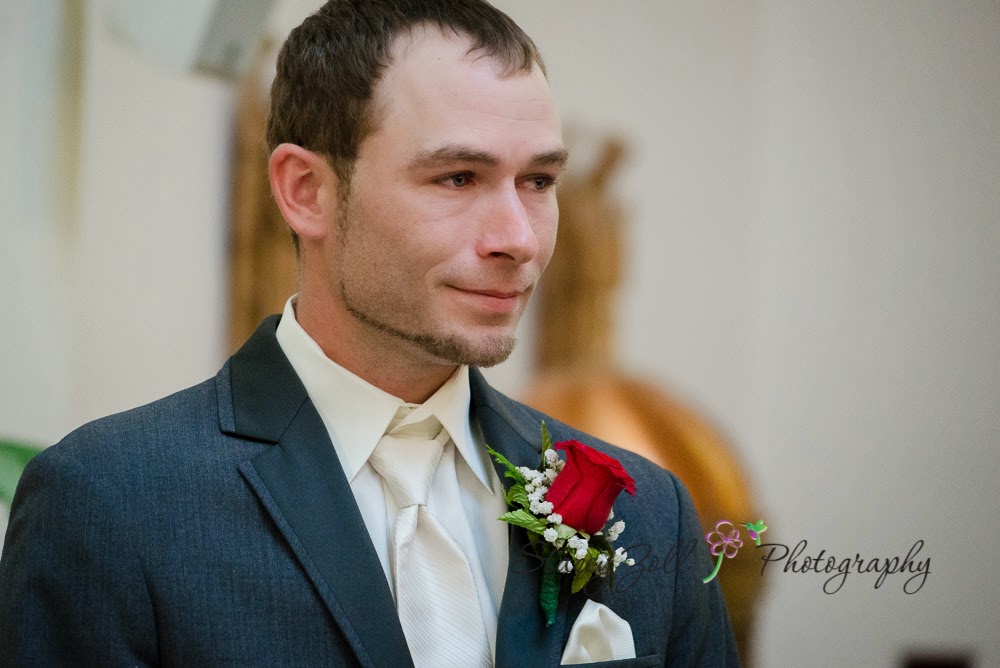 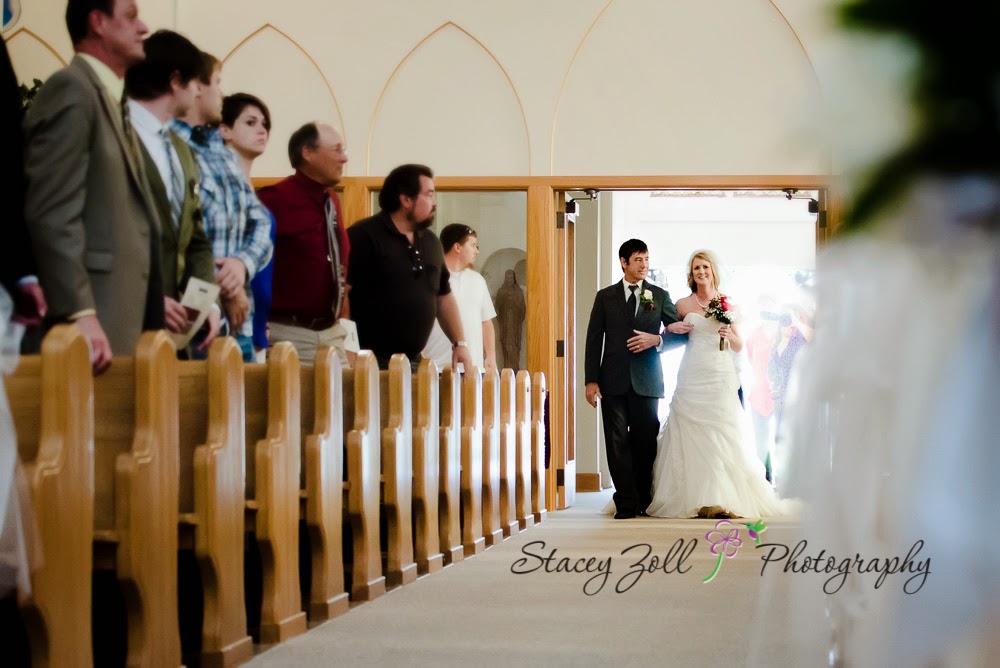 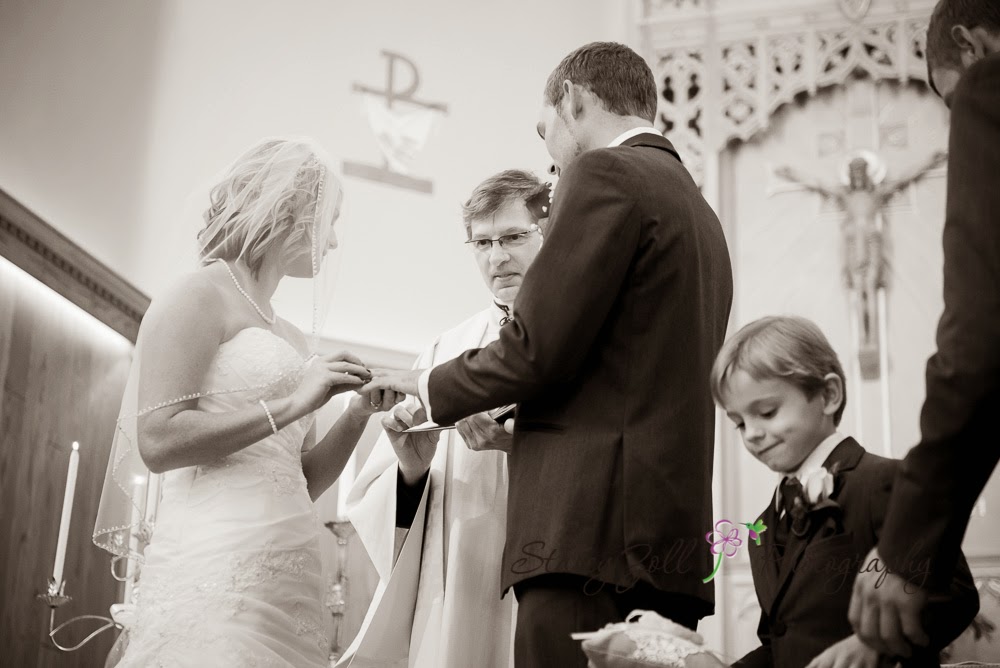 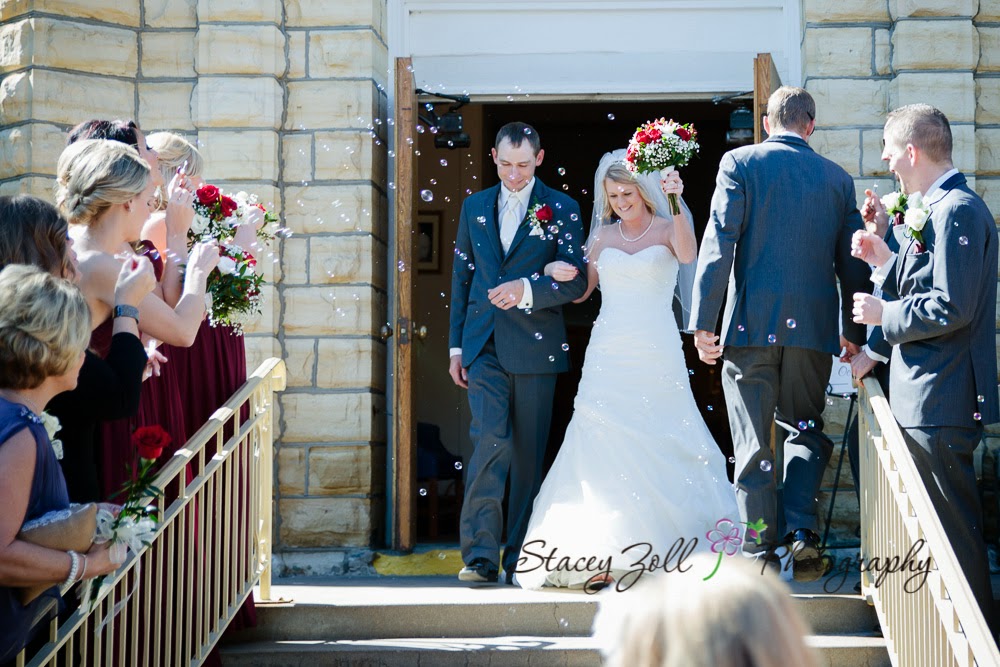 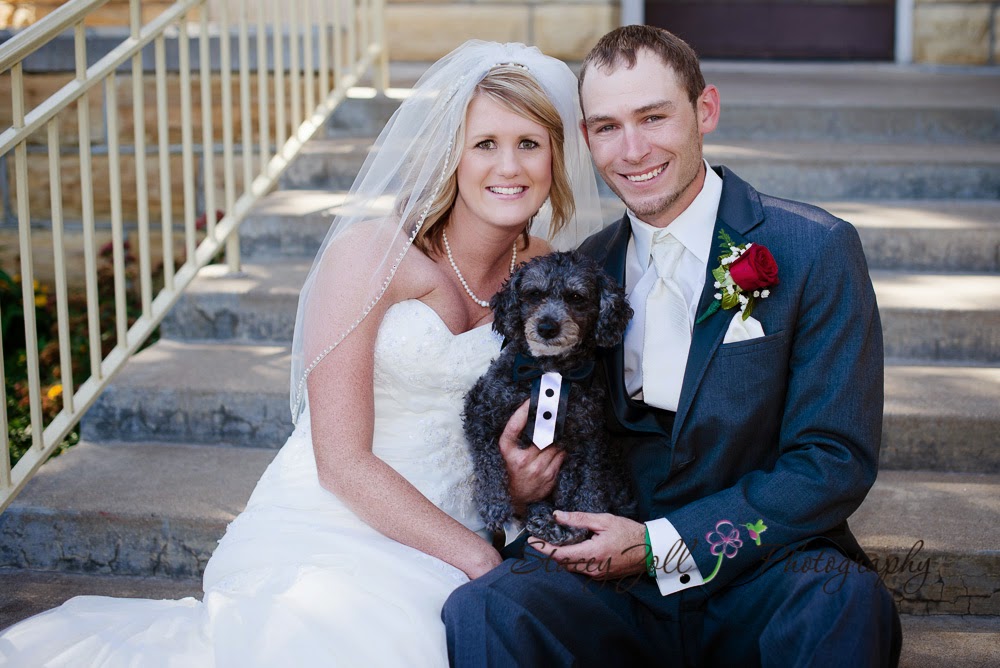 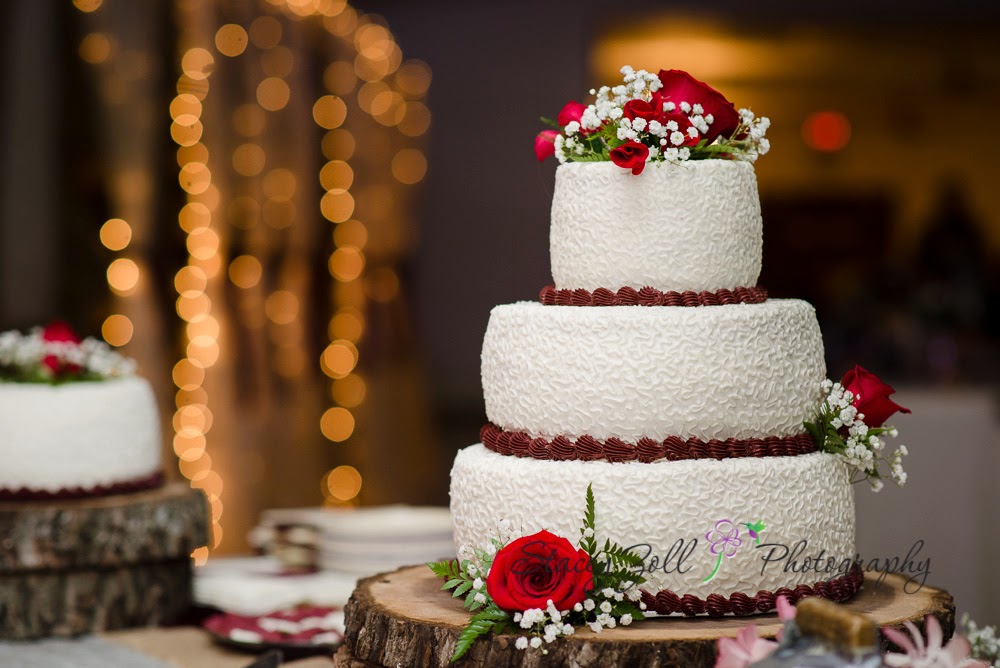 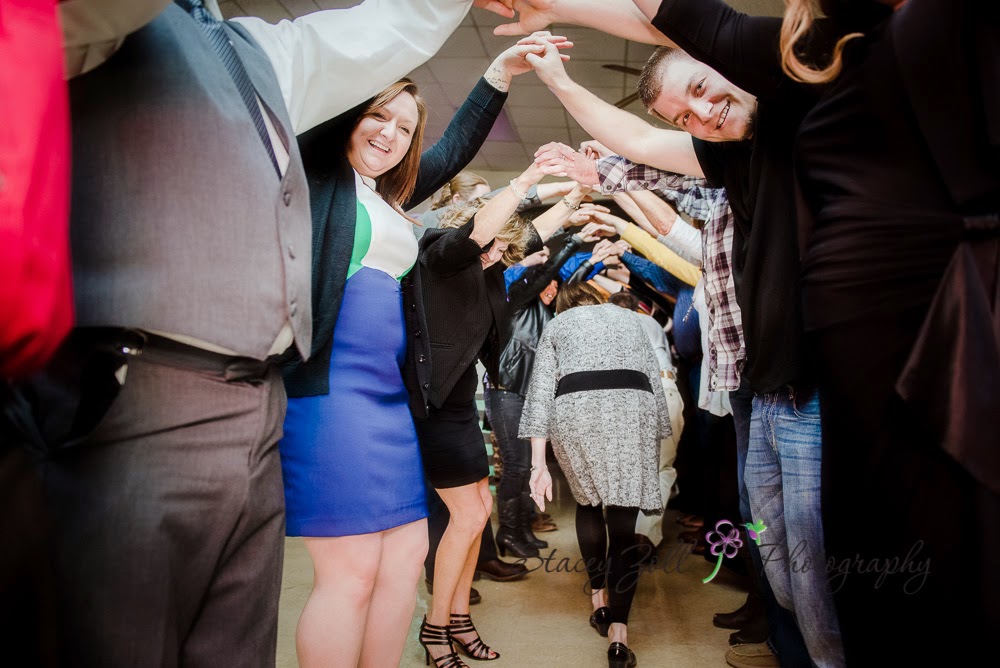 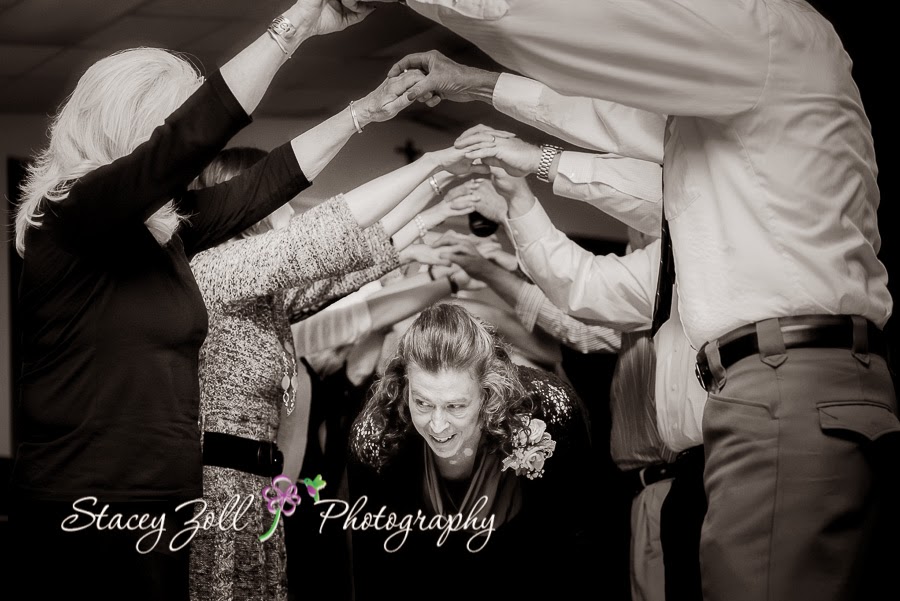 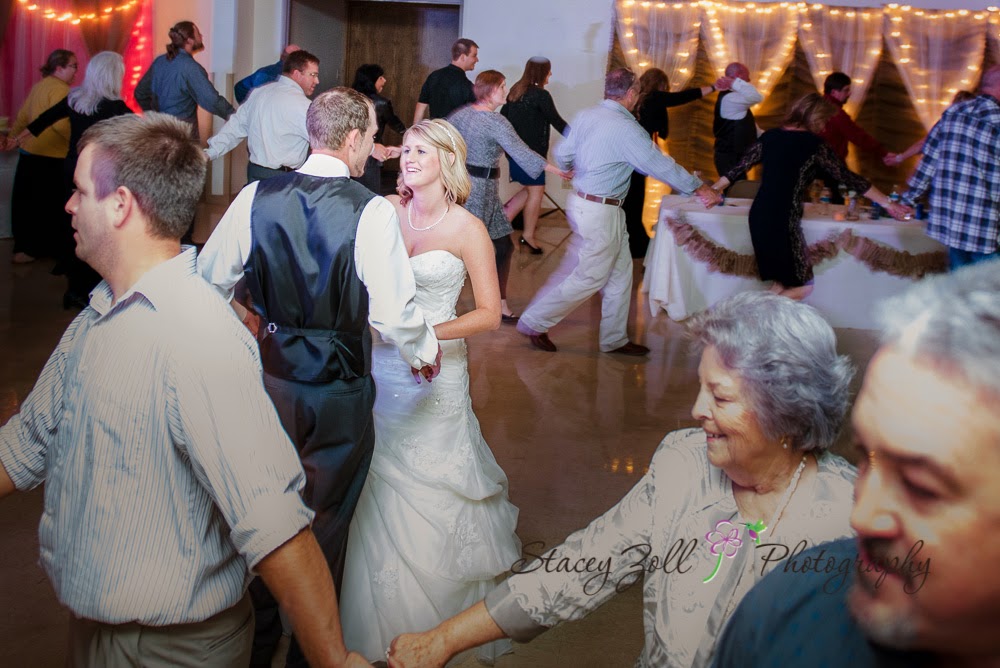 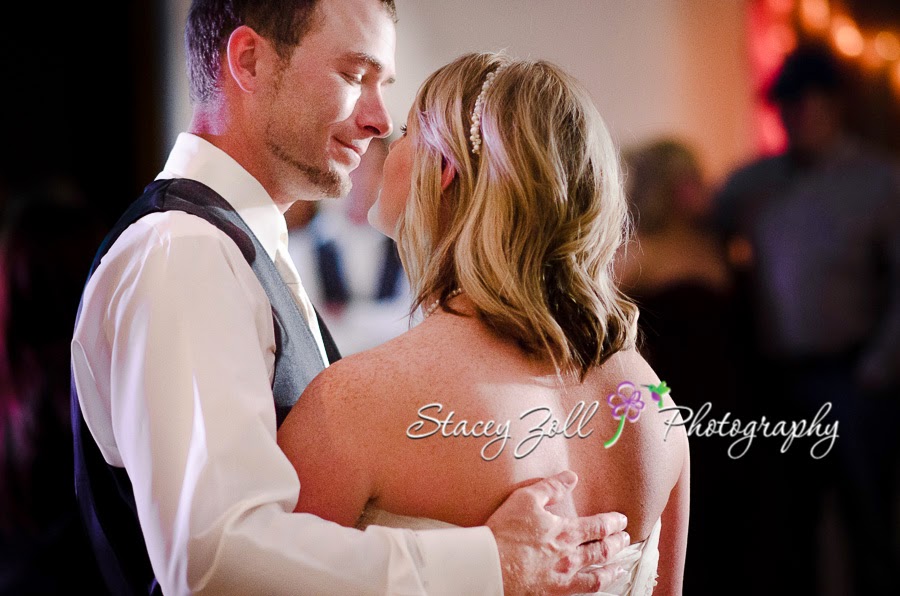 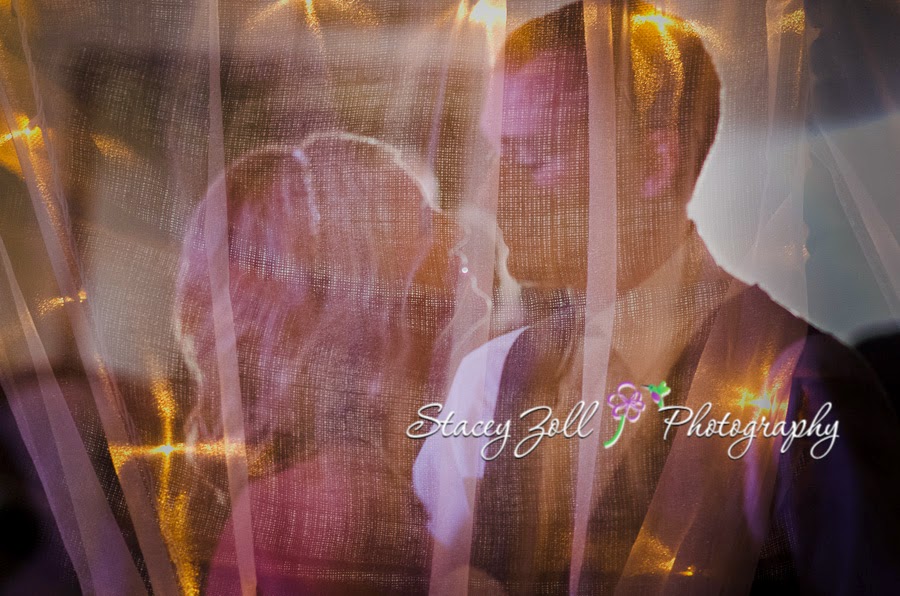 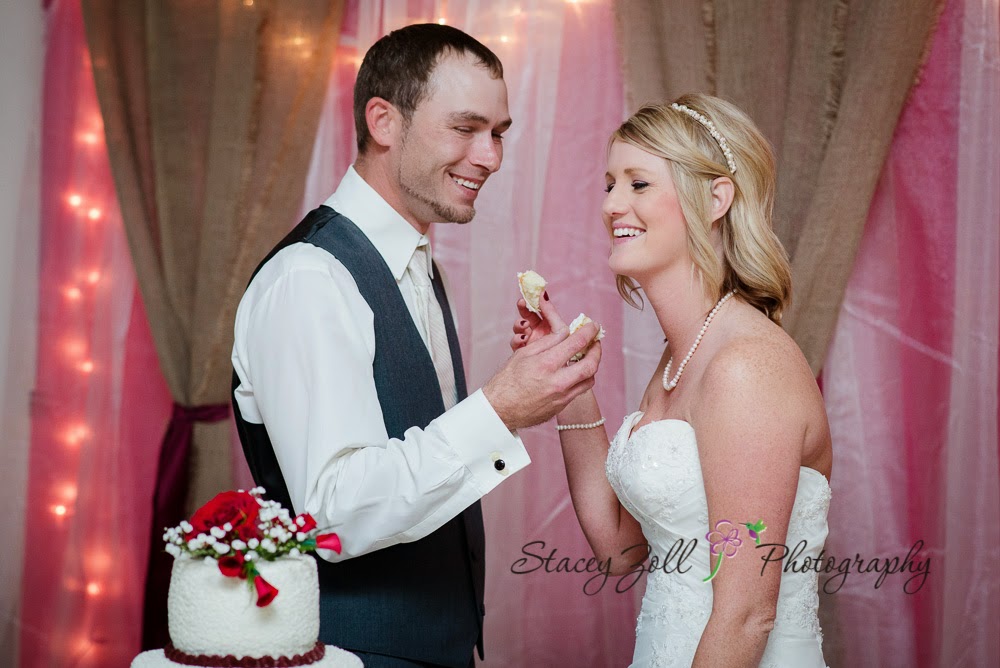 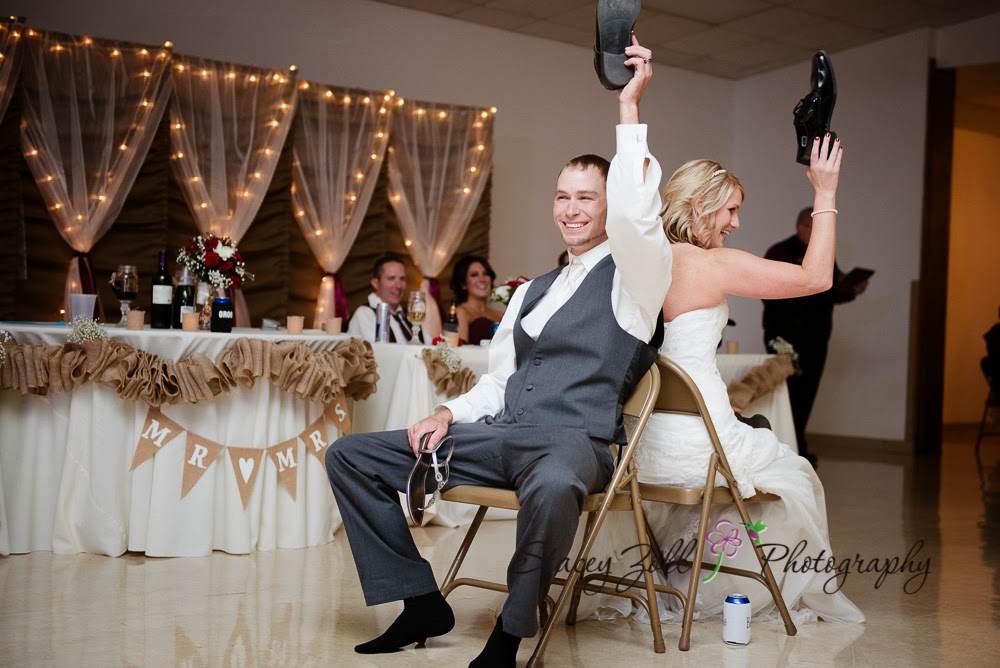 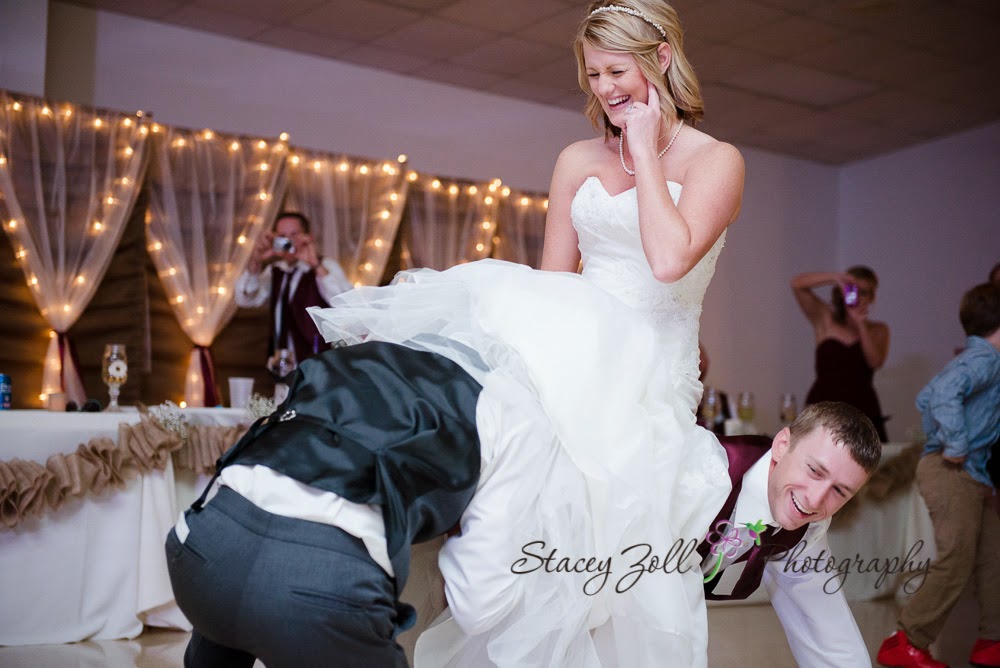 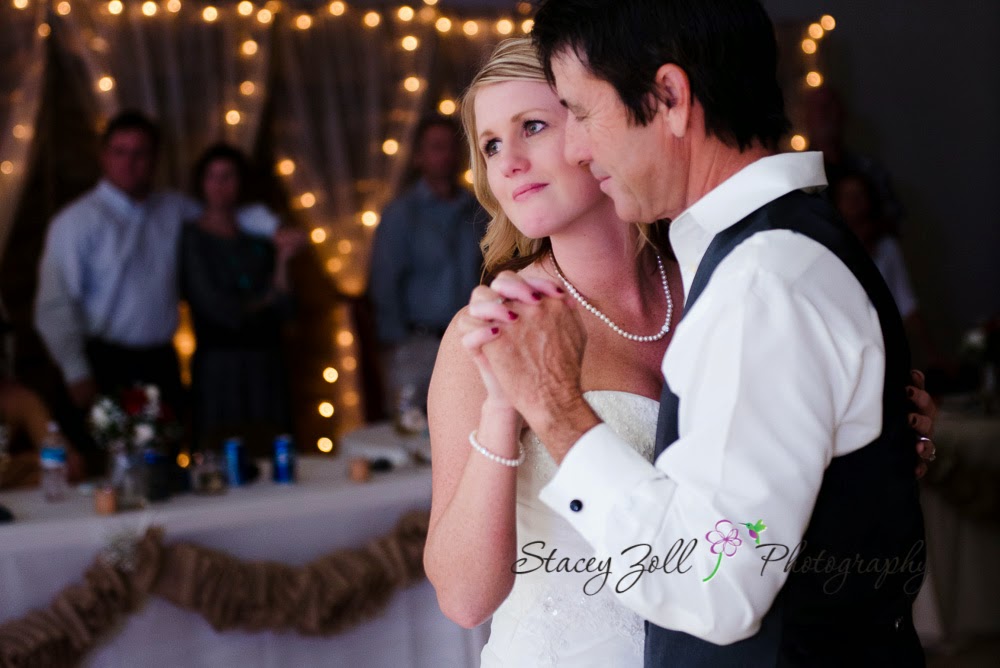 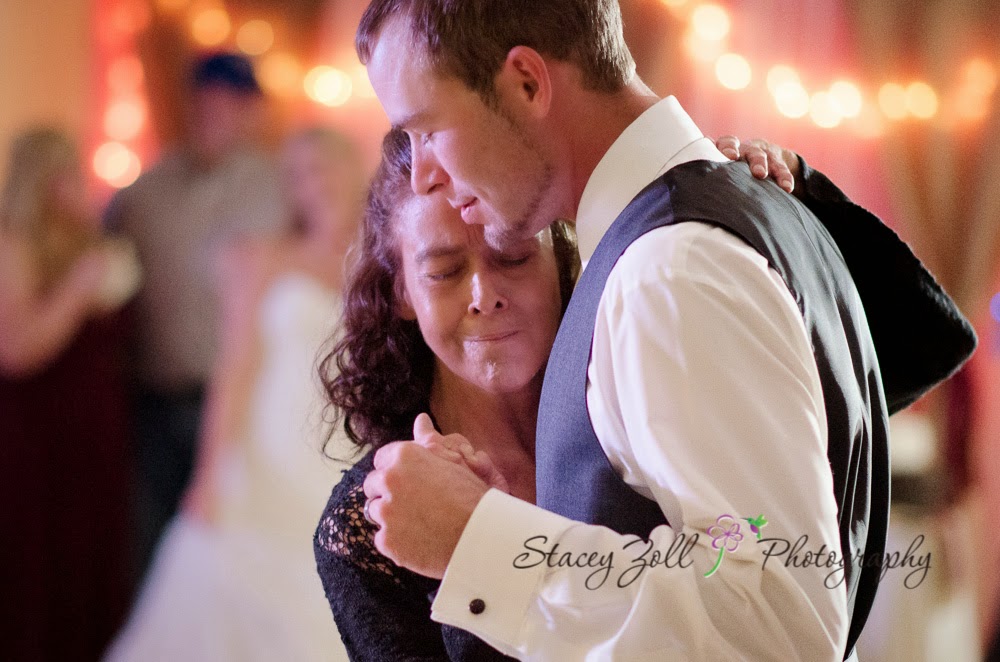 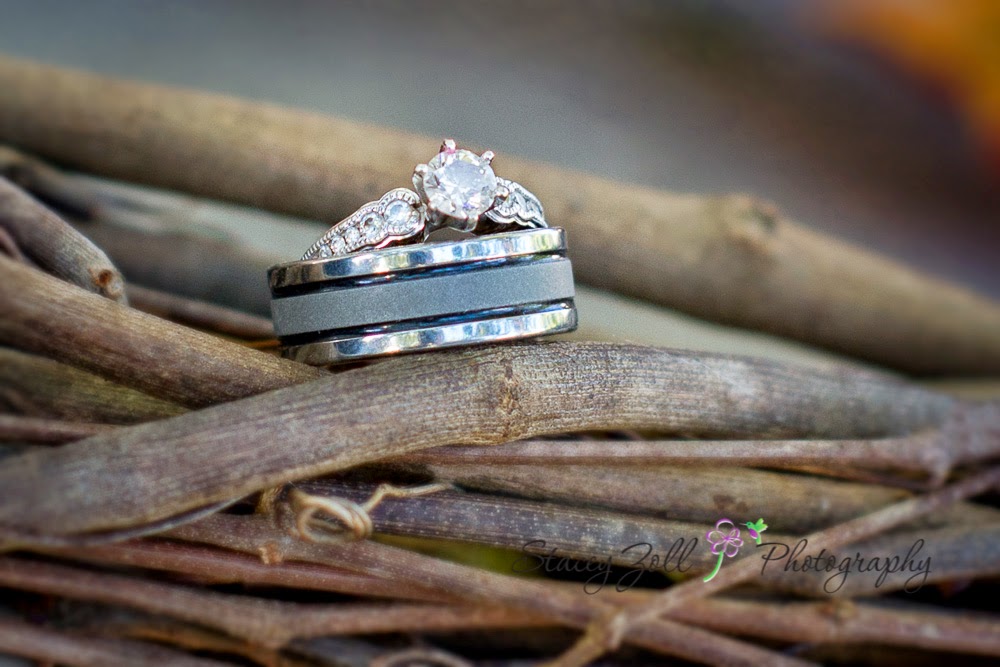 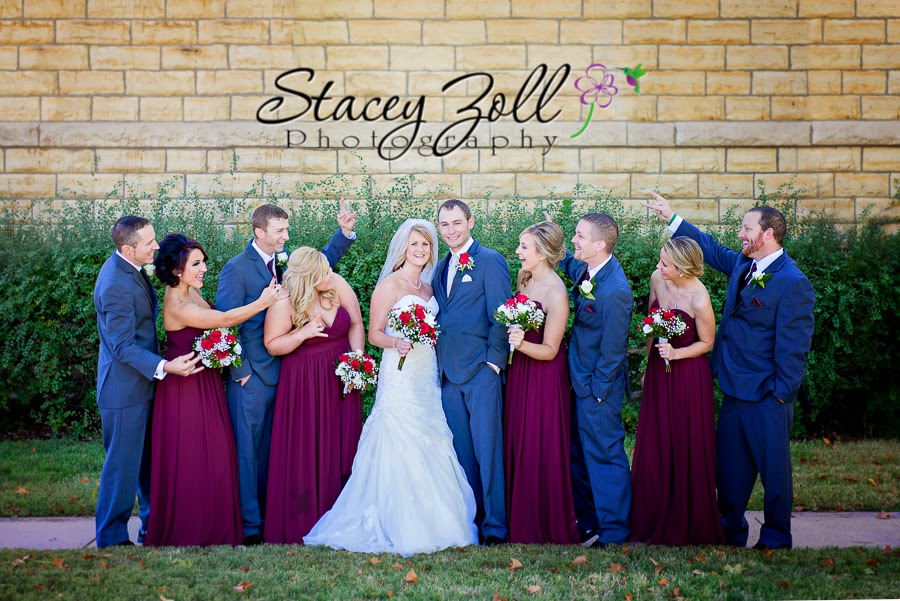